Is this Reflux? Or Eosinophilic Esophagitis?

But a growing number of people are realizing that there’s something else behind their reflux-like symptoms: an allergic/immune condition known as eosinophilic esophagitis (EoE). 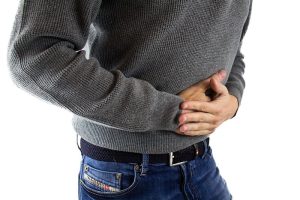 EoE wasn’t officially recognized until 1993, and while it affects only about 5 out of every 10,000 people, it is on the rise, with a rapidly increasing number of people being diagnosed with the condition around the world.

EoE affects the esophagus, which is the tube that passes from the throat to the stomach. White blood cells gather in the esophagus in response to allergens. These cells, known as eosinophils, cause the esophagus to become inflamed.

This inflammation leads to the following symptoms:

While EoE is most common in white males in their 30s, it can affect anyone, including children. Kids with EoE will often reject food, leading them to fall behind in weight gain and growth. They could also miss important feeding milestones, such as learning to chew and swallow solid foods, that could affect their nutrition and habits as they grow.

If left untreated, scar tissue can develop in the esophagus. This thickens and narrows the esophagus, which leads to food getting trapped there (also known as food impaction).

How is it diagnosed?

If you suspect that you have eosinophilic esophagitis, talk to your doctor. They can review your medical history. If you have allergies, asthma, and/or eczema, you are at greater risk for EoE.

Your doctor may also take small samples of your esophagus tissue and perform a biopsy. They will be looking for large concentrations of eosinophils in the tissue indicating the allergic reaction that leads to EoE.

And finally, your doctor may perform an allergy test to see what is triggering your allergic reactions. Intradermal allergy tests are generally considered the gold standard. With this type of test, a small amount of allergen is injected under the skin, and the resulting skin bumps or “wheals” are measured. Blood tests can also help determine allergies with varying degrees of accuracy.

What allergies cause EOE?

While it would make sense that people with food allergies develop EoE (since the esophagus is directly exposed to trigger foods), researchers think the source doesn’t stop there. They believe there is also a connection between EoE and environmental allergens (pollen, dust, pet dander, and mold).

What is currently done to treat EOE?

No cure has been found for this increasingly common condition. Doctors generally treat it with steroids, which help manage the inflammation of the esophagus. Unfortunately, steroids come with a host of side effects, especially with ongoing use. Acid suppressors can also help calm the reflux symptoms and reduce inflammation, but long-term use is not recommended.

Elimination diets are also used to prevent symptoms of EoE. People with the condition can remove foods from their diet to see if their EoE worsens or improves without this food. Bear in mind that it can take the body several weeks to heal after it is no longer exposed to certain allergens, so an elimination diet may not provide quick answers.

If no foods are clear “smoking guns,” a food allergy test can provide a starting place for knowing which foods to eliminate. Unfortunately, food allergy tests can give false positives and negatives, so they may not provide a fully accurate picture.

What treatments are on the horizon?

With sublingual immunotherapy, antigen is dispensed under the tongue in the form of liquid droplets that are absorbed into the bloodstream by special cells in the mouth. It operates on the same premise as shots in that it gradually desensitizes the body to things that once triggered reactions. However, sublingual immunotherapy is safer than shots, so it can be taken in the comfort of home (rather than having to go to the doctor’s office regularly for shots).

While the medical community originally thought of EoE as a chronic condition, there is increasing evidence that if the allergies that cause it are treated, people can be free of the inconvenience, sickness, and pain of living with EoE.

Allergy Easy > Allergy Information > Is this Reflux? Or Eosinophilic Esophagitis?