The Cost of Avoiding Foods (Rather than Treating Food Allergies)

Peanut-free lunch tables. Allergen-free menus at restaurants. A plethora of milk substitutes, ranging from soy to almond milk. Evidence of the food allergy epidemic are everywhere. 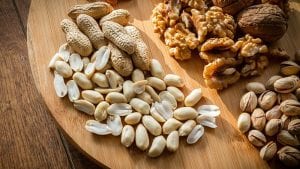 The standard approach to food allergy management is food avoidance, but that poses problems of its own. Nearly 40 percent of children with food allergies are allergic to more than one food. That leaves parents jumping through all kinds of hoops to fix meals that avoid common foods. For example, a common trifecta in kids is milk, wheat and egg allergies. Imagine having to feed a child three square meals per day with those mainstay ingredients removed from the equation. Chances are, you’ll be spending a lot of money shopping for ingredient alternatives—not to mention a lot of time trying to brew up meals that avoid allergens while still tasting good.

And even if you’re successful at avoiding trigger foods, you may not be successful at hitting nutritional benchmarks. According to the Journal of Food Allergy, avoidance or elimination diets can pose risks to overall health: “Children who avoid nutritionally important foods, such as milk or multiple foods allergens, may be at greater risk. Even adults with food allergies may encounter challenges to meet current recommended dietary guidelines for health and reduced risk of chronic disease.”

To get a closer look at the health risks posed by elimination diets, consider the challenges of a diet without milk. One cup of cow’s milk can deliver 8 grams of protein. It can also provide both calcium and vitamin D, both of which can be difficult to get from other sources. Vitamin D facilitates calcium absorption, and calcium is critical for optimal bone mineralization.

According to Kelly Klaczkiewicz, registered dietitian at Children’s Hospital Colorado, “The biggest misinformation about elimination diets is that they are ‘healthier,’ but they are not necessarily safe for kids. Cutting out a major food group can significantly impact a child’s total nutrient intake and inhibit growth.”

These therapies include oral immunotherapy (OIT), which involves ingesting trace amounts of allergenic foods in gradually increasing doses over time. Another method is sublingual immunotherapy (SLIT), which is safer than OIT and involves liquid antigen being dispensed under the tongue where it can absorb into the bloodstream through specialized cells in the mouth. Both treatments have reported high levels of success and low risks in desensitizing people to food allergens.

At AllergyEasy, we have been offering food allergy treatment using sublingual immunotherapy with outstanding results. Using our Comprehensive Serum Mix, we can safely desensitize patients to dozens of the most prevalent food allergens with daily immunotherapy drops under the tongue. The drops condition the body to tolerate the proteins that once triggered uncomfortable and, in some cases, dangerous reactions to common food proteins. The result is that patients can enjoy more of the foods that they love—and the nutrition that they need.

A growing body of research bears out the success of sublingual immunotherapy for food allergies. For example, studies reviewed in the World Allergy Organization Journal revealed that randomized, double-blind, placebo-controlled multicenter trials of SLIT for peanut allergens “clearly showed that peanut SLIT can safely induce a desensitized state in a majority of subjects compared with placebo and that the length of therapy can significantly affect the amount of allergen consumed.”

While food avoidance has long been the only option for food allergy sufferers, it is, at best, a cumbersome one and, at worst, a risky one that deprives people of the nutrients needed for optimal health. Ask us about sublingual immunotherapy for wheat, milk and nut allergy treatment and more.