5 Things You May Not Know About AllergyEasy

Prior to starting AllergyEasy in 1995, I worked as a primary care physician and allergist in my own private practice. With 20% of the population affected by allergies, I frequently saw patients whose quality of life was diminished by allergic disease.

My choices for helping them were limited. I could prescribe medications like antihistamines and decongestants, but these often came with side effects. Worse, they didn’t do anything to solve the actual allergy. They merely masked the symptoms, but when patients stopped taking them, the allergies returned. 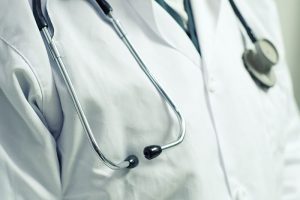 My other option was to start them on allergy shots. However, I found that many patients just didn’t have time. As a result, they chose to suffer with allergies rather than travel to get medically-supervised allergy shots a couple of times per week. I also knew that shots take a long time to work (often 12 months or more) and many patients would give up before they started to see results.

Once I started seeing such great results with sublingual immunotherapy, I started AllergyEasy to share this life-changing treatment with primary care doctors and patients around the country.

If you’re a patient considering treatment through AllergyEasy, or if you’re a primary care physician wanting to incorporate this turnkey allergy treatment program into your practice, here are a few things you should know that make AllergyEasy unique.

1. AllergyEasy offers one of the most comprehensive allergy serums available.

Many allergists test patients to see which allergens they react to and treat for a handful of the most problematic allergens. However, this process has shortcomings. Here’s why. Most people are allergic to far more than just a few allergens (often a blend of trees, grass, and weeds). In addition, allergies change as people age. What they reacted to at one point may not be what they are most allergic to several years down the line. And finally, allergy tests are not foolproof. It is quite common to have false negatives, meaning that if you only mix a patient’s allergy serum according to their test results, you may be missing the big picture.

To address all of these concerns, AllergyEasy offers a “comprehensive serum” that includes the major allergens from around the world. So, no matter where you travel or how your allergies change over time, you’ll have thorough protection against the full range of allergens. And even if your test did not accurately detect your allergies, the comprehensive serum will fill in the gaps. I am not aware of an allergy serum that is as comprehensive as the AllergyEasy serum anywhere in the world!

2. We were pioneers in sublingual immunotherapy.

Sublingual immunotherapy was introduced to the public in the mid-1980s. I began prescribing it shortly thereafter, becoming one of the first physicians in the country to offer it on a broad scale. Now, it’s very popular in Europe, where it is prescribed at least as often as allergy shots, and it’s gaining a lot of traction in the U.S. as people become familiar with its advantages.

There are primary care physicians in 32 states who are prescribing the AllergyEasy sublingual drops. When PCPs can treat their allergic patients themselves rather than referring them to an allergist, they can better maintain continuity of care. It also allows patients to keep seeing a physician they already have a rapport with.

If you would like your doctor to prescribe the drops for you, you can give them this form and have them follow up with us. We can train your doctor in testing and treatment, set them up to order an allergy test kit, and equip them to prescribe sublingual immunotherapy.

When you introduce your doctor to AllergyEasy, you’re not just helping yourself. You’re allowing them to prescribe AllergyEasy drops to many more patients and change many lives in the process.

Allergies are rampant among young children, but allergy shots aren’t recommended for children younger than age 7. This age restriction is due to the risk of a severe reaction to the allergy shots known as anaphylaxis.

One of the beauties of AllergyEasy drops is that they are safer than allergy shots. In fact, research has shown them to be safe for children under age 5. This means that doctors no longer have to delay treatment for miserably allergic kids who may be suffering from non-stop nasal congestion, eczema, ear infections, or other symptoms.

As patients take the food serum, they can begin to develop an immunity to a full spectrum of foods that trigger allergies. Taking the food allergy treatment drops under the tongue each day is a quick, painless way to desensitize your body to food allergens so that you can eat more of the things you love without fear of negative reactions.

Whether you are a patient who is sick of dealing with ongoing allergies or a physician who is tired of prescribing less-than-effective treatments, consider the unique advantages of AllergyEasy to help restore quality of life.